What are the signs I should leave my hometown—like you?

By Diana and Friends April 7, 2016 Uncategorized
No Comments

Dear Diana,
What are the signs I should leave my hometown—like you?  All the best, Meghan

Here are four signs, and if at least three out of four are true for you, then put your best heels and volumizing mascara in a bag and walk out the door.

First, the people you love don’t love you back. Second, you haven’t found something fulfilling to do at least five days out of every week. Third, someone you find truly inspiring left before you. Fourth, the weather sucks most of the time.

Here are tidbits of how these signs played out in my life.

I think most people in Nebraska have good neighbors and a nurturing family. I didn’t have either. So much for love.

As for fulfillment, even in my confused teenaged years, one desire remained constant: I wanted to become a hairstylist. But I was stuck in high school. So I dropped out of high school to follow my dream. Unfortunately, I got distracted and ran away to Hawaii to marry my boyfriend, a champion surfer. But my knight in shining Speedo turned into a heroin addict, so “Aloha” soon meant “Goodbye.” 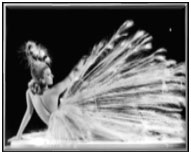 And now for the person I wanted to emulate: I had a lot of inspiration to leave the cornfields and run to the movie capital of the world from my relative through marriage, Sally Rand, an actress and pioneer of exotic and fan dancing. Here’s a picture of her at the Music Box Theatre in 1939. Born Helen Gould Beck, she was re-baptized by Cecil B. DeMille, supposedly inspired by a Rand McNally atlas.

The other influence in my youth was Uncle Ken Schessler, author of This is Hollywood: An Unusual Movieland Guide. First published in 1984, the updated version is considered to be one of Hollywood’s greatest sightseeing and historical guides that focuses on bizarre and macabre stories about murders, suicides, scandals, haunted houses, landmarks and graveyards of the stars.